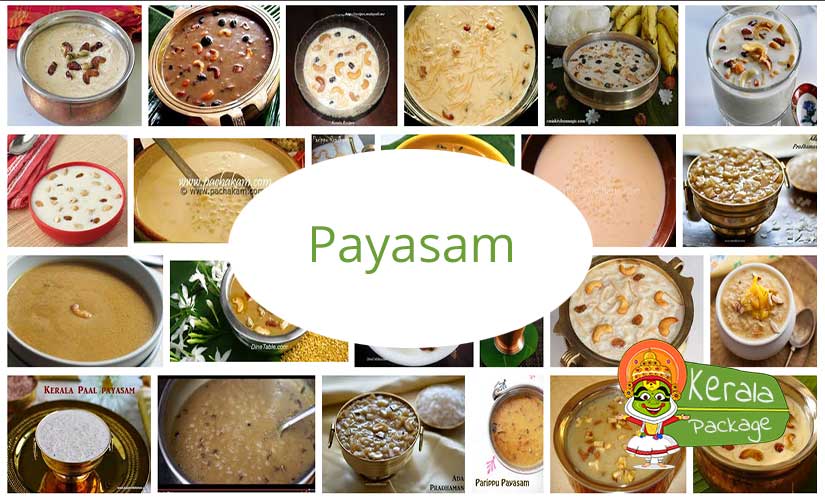 Payasam is the Idian food specially served in the state of Kerla. In Kerala, Payasam gets a dedicated space in the traditional thali during festivals like Onam or during the traditional Malayalam feast popularly known as Sadhya. There are so many types of Payasam but some of the types that are easy and healthy in eating are Moong dal Payasam, Sevian Payasam, Paal Payasam, Arisi tengaay payasam and carrot payasam are the most. Traditional payasam includes ingredients like jaggery and coconut milk over sugar and dflighty milk that is used predominantly in the North Indian variants.

You will find it getting distributed as holy Prasadam in most temples across Kerala such as the Guruvayoor Temple, Sabrimala Temple and so on. Ambalappuzha pal payasam is believed to be one of the most famous and must-try varieties of payasam in Kerala. It is distributed in the Ambalappuzha Krishna Temple as prasadam and can also be bought otherwise.