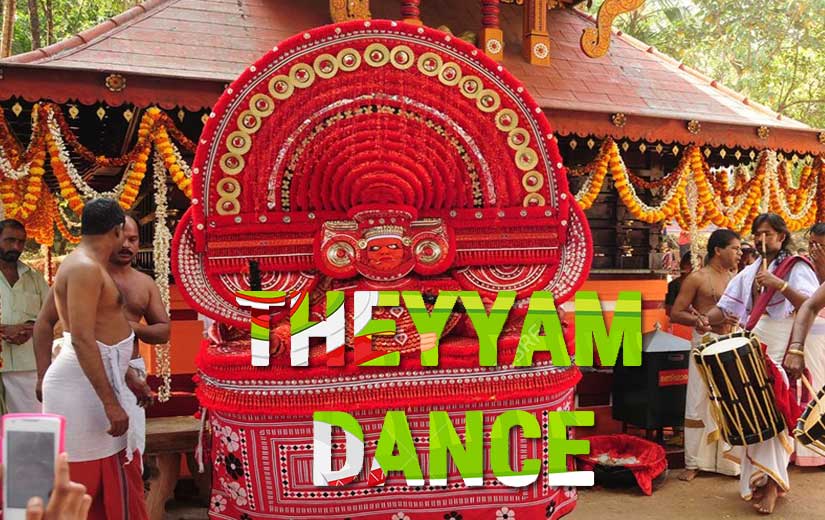 Theyyam is also a famous dance of Kerala sometime called Kallyattam and Thirapyattam. Theyyam Dance is used in Theyyam festival and it is celebrated at once in a year. This dance is dedicated to the Goddess Kali. It is the way to express the stories of God and their performances.

The team is based on the belief that immortal spirits is entered into the mortal body to perform the ritual dance in front of shrines for wellbeing the society and family. Most variation of the dance is performed by the men, but only one variation Devakkoth team is performed by women. Each form of the team depends on a beat. This beat is created by the change, which is created by cylindrical wooden drums.

This dance includes most of expression, higher makeup and costumes that is different from the normal dress. In this dance they show a full story of the Goddess at the time of destruction of monsters. In a festival there are so many forms and stories shown in the dances.